History of the Tank

Does the Brain Need Stimulation?

Scientific Question: What happens if you remove the stimulation of the outside world?

Many scientists wondered what would happen if a person were cut off from all sensory stimulation and from interactions with the world outside. Scientists influenced by the "behaviorist" school, thought of the brain as an organ that reacts to stimuli. They predicted that if all outside stimuli were cut off, the brain would cease its activity resulting in a condition resembling coma, or dreamless sleep.

An alternate hypothesis was that in a state of profound isolation from stimuli and interaction with the world, the brain would continue operating and generating experiences.

Dr. John Lilly tested these hypotheses with experiments he set up at the National Institutes of Mental Health in the Bethesda, Maryland. He limited stimulation to the minimum possible level while removing sources of discomfort and stress. His "isolation" tank design approached this ideal as closely as possible and the experiment was up and running by the end of 1954. 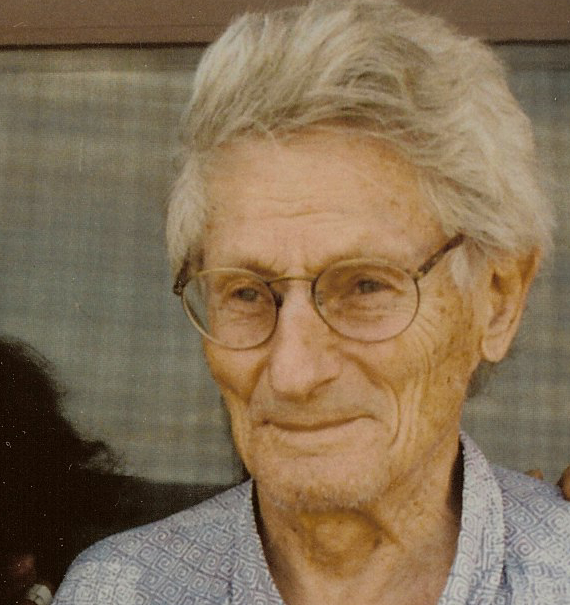 In the isolation tank, Dr. Lilly found that he could relax his mind and dream, but his consciousness was always there, ready to take charge. He could choose to relax and let things happen, in which case the images would free-associate, moving as if randomly from one to the next. Or he could choose to program what would happen, in a process similar to lucid dreaming, but with an even greater degree of control. He could invent a scenario ahead of time with his consciousness fully focused, and then relax and let his brain carry out the program.

"Somewhere, deep within the brain, was a mechanism capable of generating internal experiences completely independent of the outside world, and this settled the issue of what happens in profound physical isolation. The mind does not pass into unconsciousness, the brain does not shut down. Instead, it constructs experience out of stored impressions and memories. The isolated mind becomes highly active and creative. This was the principal discovery that Dr. Lilly reported in his first three scientific papers on the isolation tank research, published in 1956, 1957, and 1958."

The First Major Group - the Exteriorites

"Lilly sees the tank as having two major uses. One is for individuals who are satisfied with and thoroughly tied into modal Western concepts about the relationship between the individual and the external world: that is, for whom the external world is the only reality, and for whom the internal world of imagery and fantasy is perceived as something unreal. If the individual is satisfied and content in this mode, the isolation tank can be used as a place to consider one's problems and work out solutions with a minimum of distraction...."

"For another group of people, the distinction between external circumstances and internal processes is not so clear-cut. They perceive both sets of phenomena as partaking of the quality of realness. These people may be interested in self-analysis, meditation, transcendental experiences, and altered states of consciousness. For them, the isolation environment is useful because it minimizes interactions with the external reality and allows the internal domain to be more fully explored."

Author Michael Hutchinson in "The Book of Floating" speaks well here. "A new tool has been developed that, like the computer, has the potential not only of bringing about enormous increase in our capabilities as individuals but also of fundamentally changing our way of life as a society.

This tool is the floatation tank, an enclosed chamber filled with approximately ten inches of warm saturated solution of Epsom salts. A solution so dense that even the thinnest person floats supine with the entire body at or near the surface of the water.

The buoyancy counteracts the effects of gravity, giving the floater a sensation of weightlessness. The chamber is pitch-black, silent. In the absence of sensory input, the floater feels detached, free, at peace, Most floaters report enhanced mental powers. Virtually everyone finds the experience immensely pleasant. And, as one prominent scientist says, the tank provides a method of attaining the deepest rest that we have ever experienced." 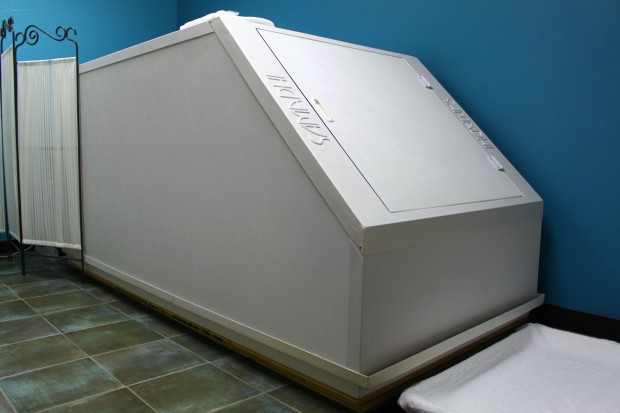 Samadhi Tank Co., Inc. was started in 1972 and named by Dr. Lilly. The first tanks were designed by Glenn Perry with Dr.Lilly's assistance.

In 1972, Glenn Perry a computer programer read "Center of the Cyclone" by Dr John C. Lilly, took a workshop with Dr. Lilly and turned his life around. Until then, Glenn's view of reality conformed to the traditional, Western, scientific model. In a very short time, his point of view expanded, allowing him to consider, examine and even adopt ideas and thoughts that were not necessarily "provable".

From Shyman to Business Tycoon

"At that time, I was working at Xerox, in a department with two other programmers. I could relate to either one of them individually, but if the three of us went down to the lunch room, I would be quiet. I was just too shy to talk to two people at once. So the first time I used the tank, John asked me to talk about my experience, and I was able to speak to the group without nervousness. If the tank could let me do something like that, it is something really incredible.

My whole experience of leaving the tank aftere my first session was fabulous. The whole world was a shimmering, shining dance. I had to make a tank for myself, and being naive, thought that with just a little extra work I would make them for others."

When I built the first tank, Dr Lilly had given me some design pointers based on the two or three tanks he had built. In fresh water you'd bend your legs at the knees, and you'd inhale and hold your breath, and when you needed to take a breath you'd exhale and inhale quickly and hold it. That's the way you floated. This is the way dolphins breathe - their breathing is not automatic, but intentional. So whenever they need a breath, they come up to the surface. I don't float in fresh water because I'm thin. Dr Lilly mentioned that I could add 3% salt so I could float more easily. I added enough salt so that I could float easily. I then set up a tank for him. When he experienced that much salt, he suggested taking the solution up to saturation, or just this side of it, so we could float as well as possible. He suggested using epsom salt instead of sea salt, since sea salt seemed to be a little bit harsh on the skin. This happened in 1973.

Dr. Lilly encouraged our work with the tank. He spilled lots of wisdom on us, gave us the specifications, gave us the program that we shouldn't program people before they used the tank, (and admitted that was his program), he gave us the name "Samadhi" and a lifetime of work which we greatly appreciate.