1972 - I was a pitifully shy systems computer programmer looking for a way out of my constricted suffocated life, when I found Dr. John C. Lilly's book, "Center of the Cyclone". It was a revelation. 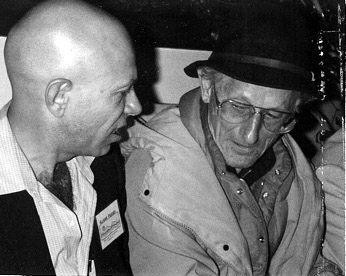 A month later I was the first of 8 persons in a 5 day workshop he was giving to use a makeshift isolation tank. I emerged to a scintillating shimmering, universe, a sparkling energy system. Upon being asked to share my experience with the group I was shocked to discover that my shyness had completely, totally vanished. No one was making isolation tanks. I would have to make my own. By week's end I would want to make them for others with John's blessing. 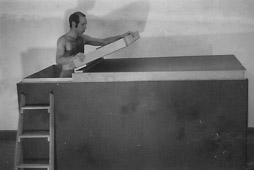 The very beginning of this glorious adventure. The first experimental model isolation tank - plywood with a vinyl liner.

After getting the specifications from Dr. John C. Lilly and with his suggestions, I did a lot of my own research on how to minimize distractions. As an example, I contacted a physics professor at UCLA specializing in sound. He took me to their reverberation room and their anechoic chamber. He fired a gun in each. In one it sounded like a little popgun, in the other it was incredibly loud, and what can I say, it reverberated. Removing all distractions is what allows you to discover yourSelf, yourself. 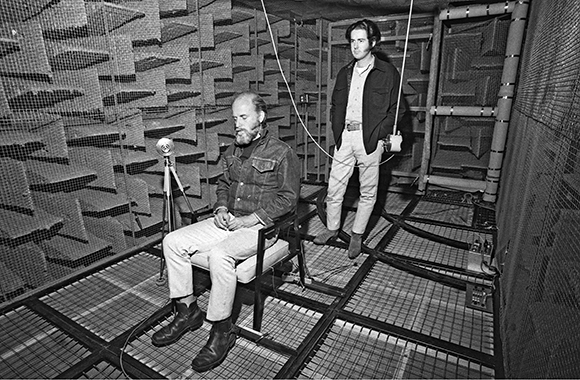 This was the anechoic chamber we went to. 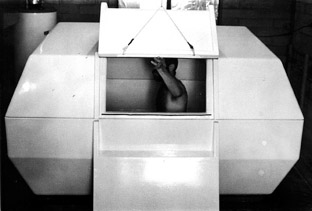 1973 -- Plywood was difficult to protect sufficiently from the moisture and humidity. I made a fiberglass prototype. Heavy and expensive. In the 7 years before making my first tank, I had moved 5 times. I like to travel light, so for me they needed to be lightweight and portable. Fiberglass would not work. I was determined to create a functioning isolation tank. 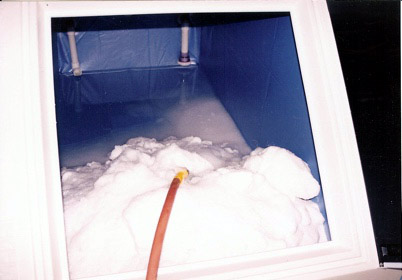 1974 -- I did not float well in fresh water or with the 3% salt John had indicated that I could use to float better, so I added 10% salt and turned his isolation tank into a float tank. The birth of floatation. When he tried it, he loved it and he suggested we go to 25%. 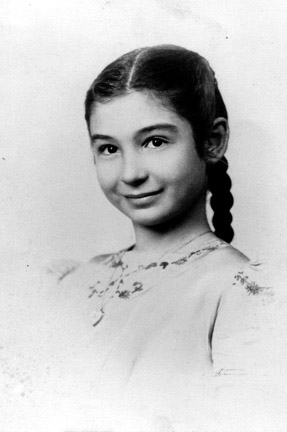 1974 -- Next wasn't a design but it was the most important company event. I met the love of my life, Lee, and we started doing the business full time. The photo I like the best, to me, shows her incredible, sweet Being. 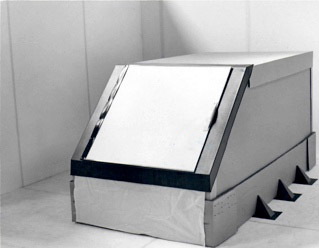 1975 -- Next we experimented with cardboard using a vinyl liner. I think we were the first ones trying cardboard for furniture. It worked great unless something was put on top of the tank stopping the cardboard from breathing, which got the material wet. Otherwise they were wonderful. We used 2 commercially for 4 years in our home before we opened the first float center ever, in Beverly Hills. 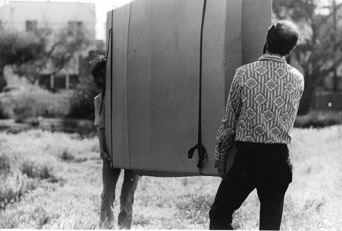 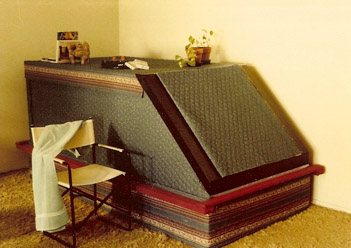 1976 . We optionally had fabric on it to remove the cardboard look. 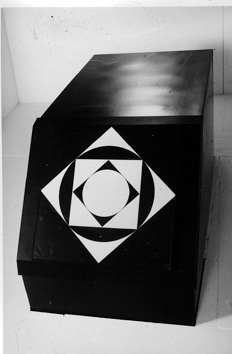 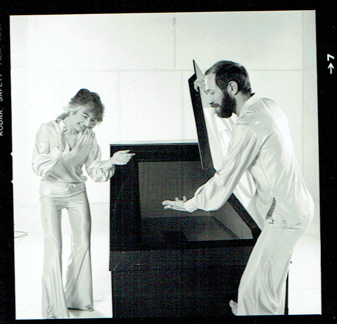 1978 -- Next, we used rigid plastic sheets instead of cardboard. That was the precursor to what we have today.

1979 -- We designed and opened the first ever floatation tank center in Beverly Hills. 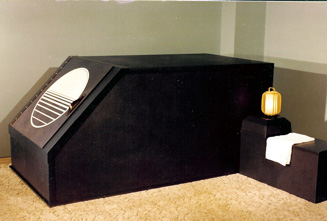 1980 -- We thought people back then did not like the black exterior so we tried dark blue. 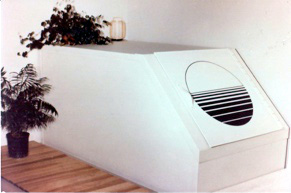 1980 -- Even dark blue was not lightproof so we had the plastic sheet manufacturer coextrude black and white together with a thin layer of black to keep out light and a thicker layer of white for the outside.

1980 -- We partnered in designing and opening a 20 tank center in San Francisco.

Originally there was no plastic other than a liner on the inside.

Later we added plastic on the inside. We were continually improving it. After selling it for 10 years, occasionally people would call wanting to know how to fix a structural problem that showed up. I hated that so we started to make them a lot more durable. The one we float in now is 25 years old. Lots of centers open with 25 year old Samadhi Tanks saying they are the best tanks. 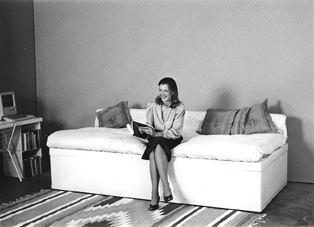 1986 -- We made a tank that could act as a bed or couch when not being used as a tank. We called it float furniture. John unexpectedly showed up at the factory when it was in production. He said "You are going to be millionaires". People loved it, but our pricing was much lower than our production costs allowed. Pricing it properly put it in the same price range as our commercial one. The market wasn't big enough to have two at the same price and we needed the dual purpose Classic -- commercial and personal. 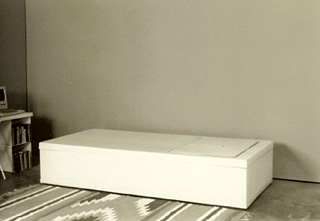 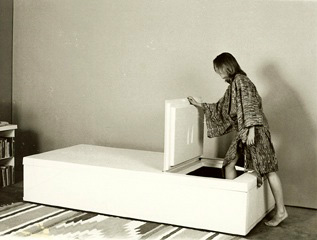 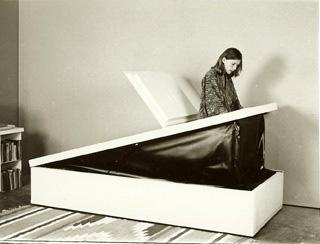 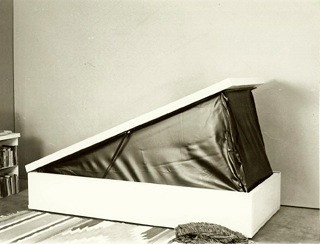 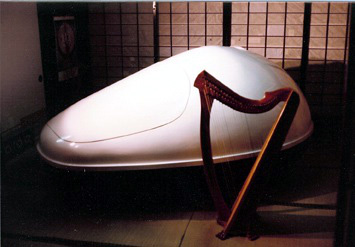 1988 -- A new relationship was formed with an American living in Japan who invited me to participate in another fiberglass tank. Gorgeous, but when we made 7 of them, they had so many problems, especially with minimizing distractions. We couldn't continue it.

1990, 1992, 2000 -- Glenn got 3 major health issues that needed a great deal of attention. The last was Organophosphate poisoning -- a pesticide that disrupted the nervous system of bugs. It disrupted his nervous system and erased a lot of his thinking and memory plus walking, etc. abilities. By 2016 his nervous system seemed functional enough to handle the following projects. 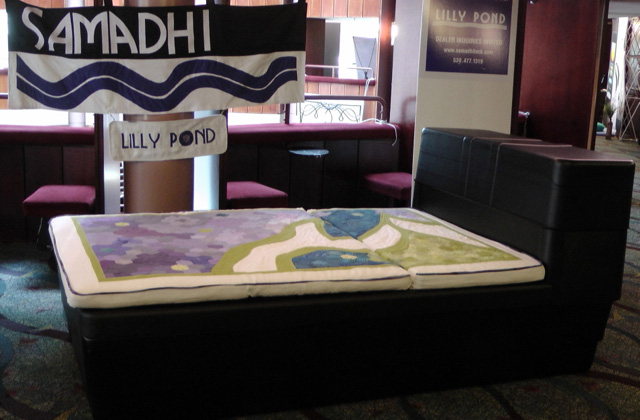 2016 -- We redesigned the couch/bed/tank from the mid 1980s. There was a large problem with one part of the design. We redesigned it, but once completed we needed to stop and take care of other business. The project is on hold at this time. It is quite an extraordinary design as you can see in these photos. 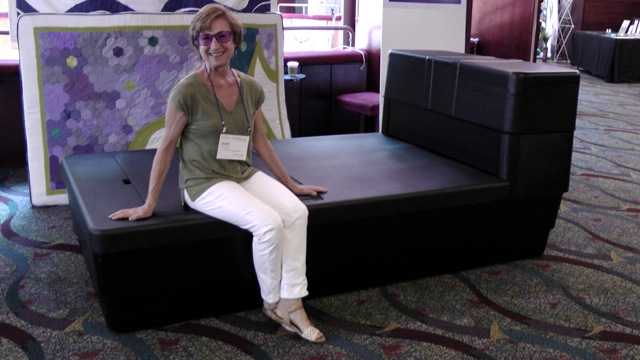 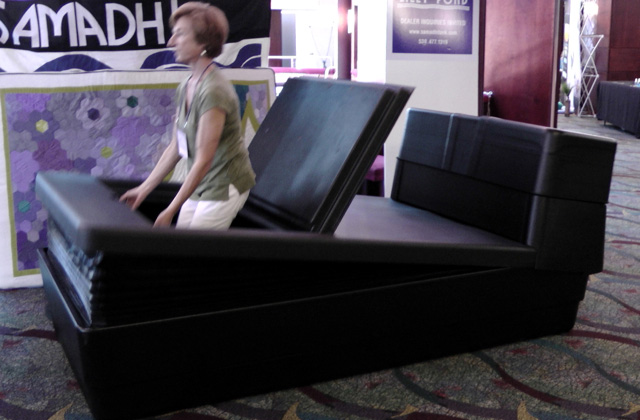 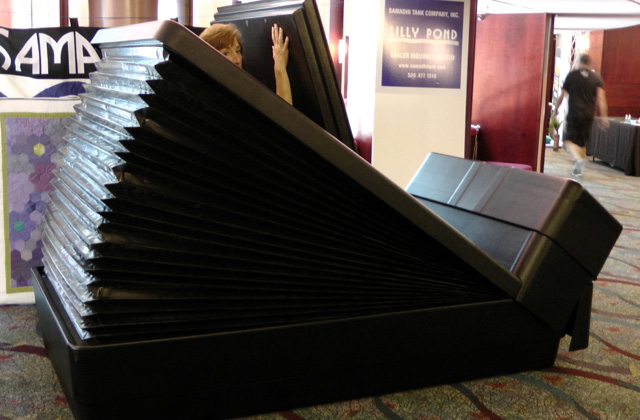 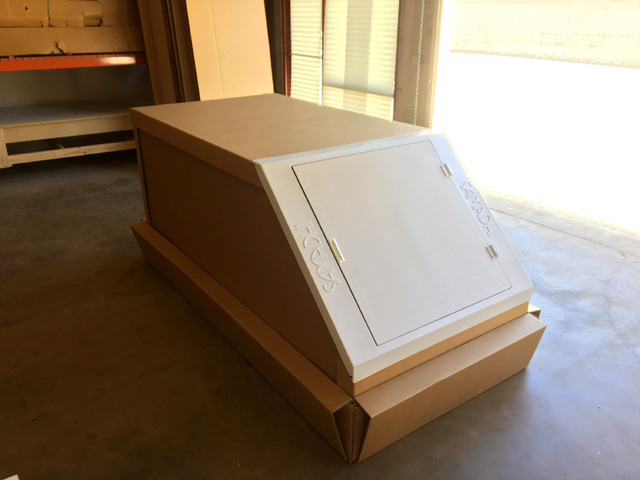 2017 -- We needed a very inexpensive design. We went back to cardboard which we like a lot. We thought it was the best tank on the market. The market didn't agree. 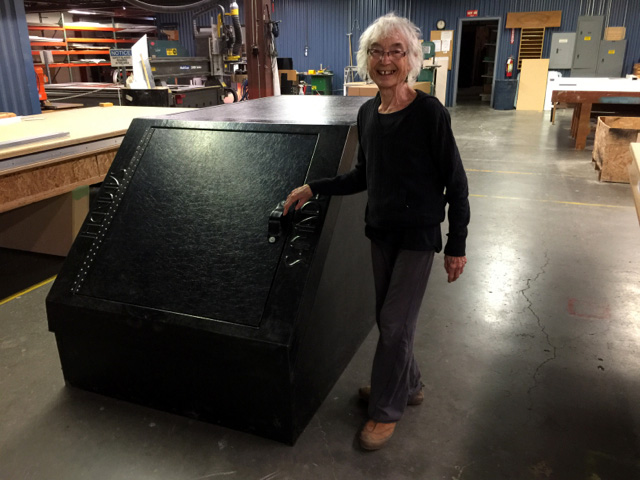 2017 -- We replaced the cardboard with plastic and made some more improvements. That is our current "Samadhi Tank @ Home", and we believe it is the very best tank on the market for personal use, period. I like it better than all the others.

With daily floats your ability to expand your consciousness is totally available.